DAC has developed a variety of tent poles suitable for various uses over the past 30 years. 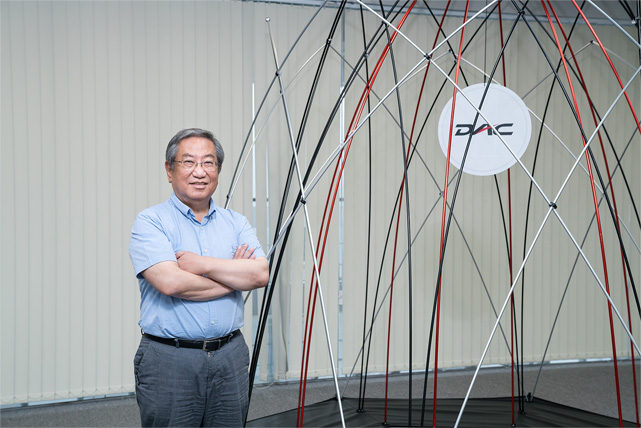 "I am so grateful that I have had the chance to spend over 30 years in the outdoor industry. There are so many wonderful people. I couldn’t resist putting photos of some of them on our website. It has been an honor and a blessing for me to know and work with them and share many things in life together. They have given me motivation to work hard and work with joy.

Among many customers, there are several wonderful people I respect. They became my lifetime friends regardless of business.”

Jake met Sally McCoy when DAC introduced the original Featherlite pole in 1998. Since then, Sally and Jake became good friends. Nobody can deny she is a distinctive leader in the outdoor industry in USA.
Sally was the first CEO of a major US brand to request Jake develop a tent for the brand. Jake developed ‘Hercules’ and she promoted the tent could withstand 100mph winds.

Petra is the daughter of legendary tent guru Bo Hilleberg. Jake first met Petra as she was establishing Hilleberg USA. Under Petra’s lead Hilleberg is generally respected as a top tier tent brand. Petra now acts as the president of the Hilleberg group. Petra and Jake have deep trust for each other, and they are lifetime friends. Petra is one of the strongest supporters of Jake Lah and DAC.

Jake first met Gary when he was a sourcing agent for LL Bean. He was the first US customer who believed in Jake’s ability to develop tents. LL Bean introduced the Woodland Series featuring DAC’s DA17 pole architecture to great success in 1992.

Over the years Jake and Gary have collaborated on projects while maintaining a great friendship. Jake enjoys Gary’s integrity and believes he is one who understands the outdoor product industry inside out. 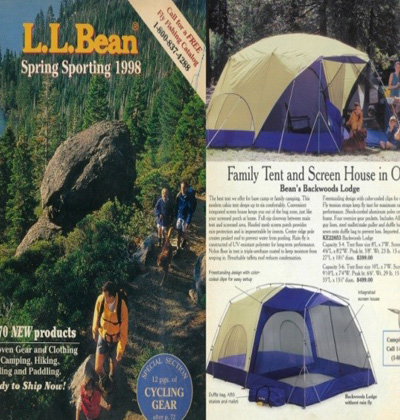 Gerold was the first European customer who had faith in Jake. Jake developed the ‘uni-connector’ – a machined aluminum hub for Jack Wolfskin’s Termite model.

Gerold says Jake is the person who has been driving innovation of tent industry. Gerold and Jake have spent over twenty years sharing their ideas on tent development.

A tent designer with his background in Physics, Mike challenges Jake whenever they meet. He knows so much about so many things. He has so many ideas all the time. He helped drive Jake to be a better tent designer. They met when Mike asked Jake to build a backpack frame.

“It seems like over 30 years in one industry is not a short time when I look around. There has been a continuous stream of people coming and going. Fortunately, there are so many good people I still communicate with.”

Man is President of Jasper attending an exhibition of Jake’s daughter. Jasper is one of the top tier tent manufacturers. He is a man you can trust. 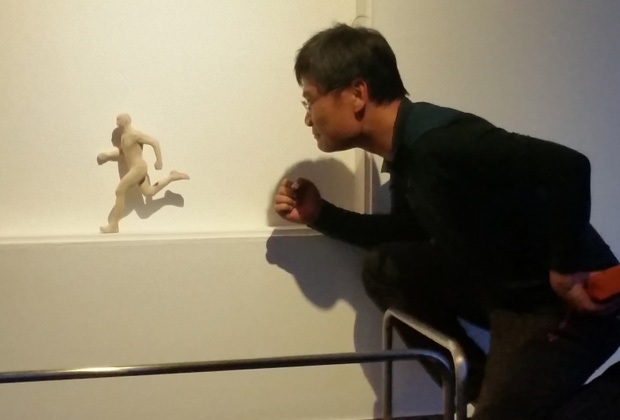 Ted was hired by Sally McCoy to work with Jake on tent development projects. Ted is now CEO of Helinox USA!. 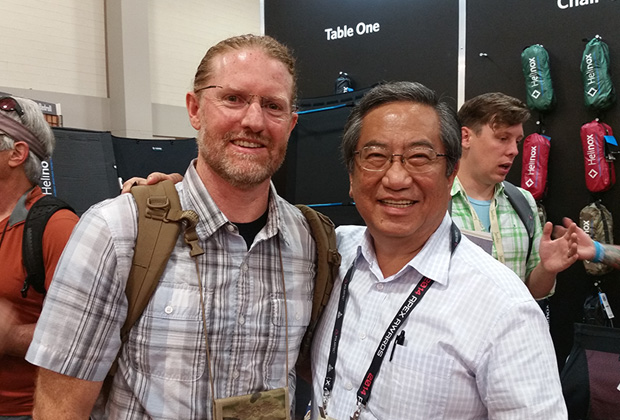 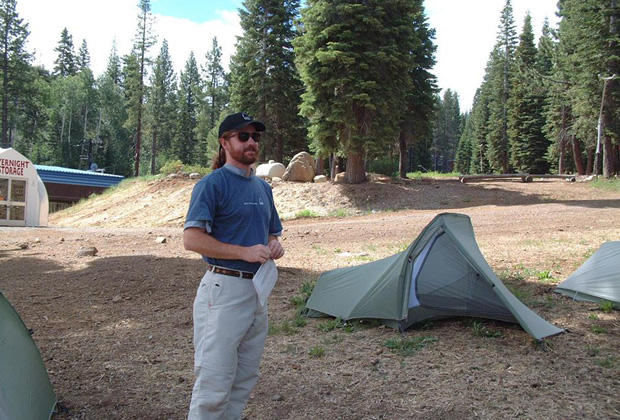 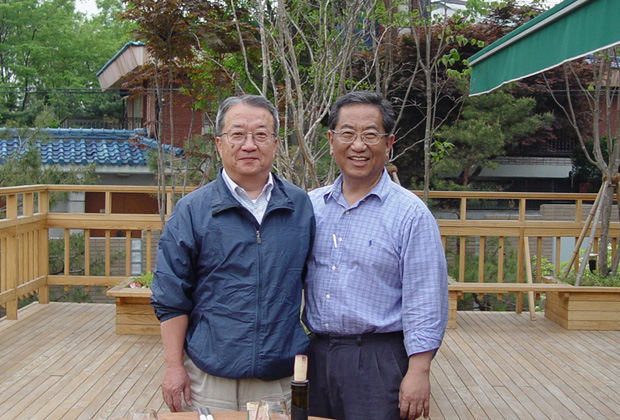 Tamaura is a true legend in the Japanese outdoor market.
He visited DAC in 1991 and introduced the first DA model to Japanese market.
Jake learned a lot from him – how he approaches new tent models, how he evaluated and checked on every detail. It was common to eat dinner at midnight after a full day of tent development. 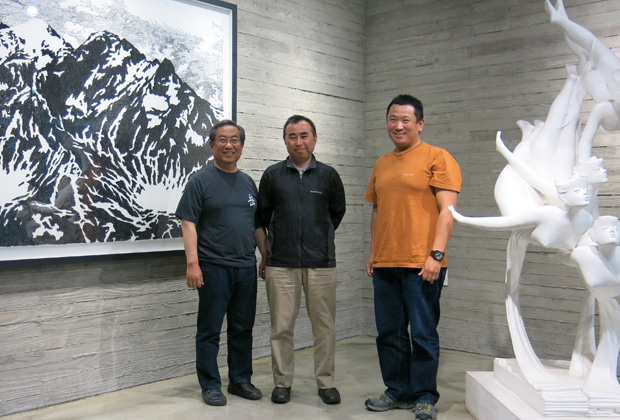 Tatsuno is super smart and very fast. I see bright future for mont-bell through him.
I’ve known Suzuki san for almost thirty years.
He calls Jake ‘the professor’. I always think of him as a man of responsibility.

the CEO and the owner of Big Agnes

Bill has been a driving engine in developing the ultralight tent category. He gets deeply involved with product development. He knows what consumers want and he is not afraid of trying new things. It is not surprising Big Agnes became the number one selling tent brand within 20 years of their introduction. 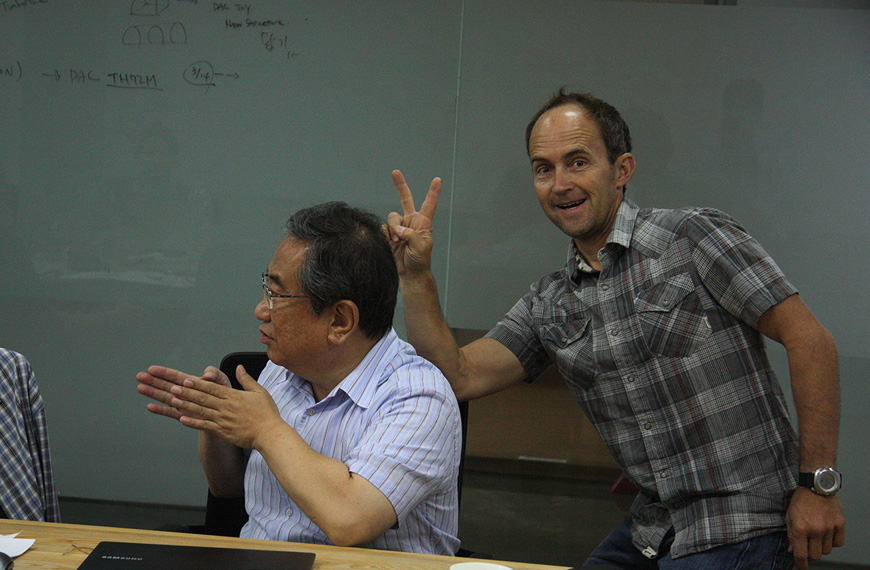 DAC’s Featherlite pole caught Andy’s eye when he saw most of the top tent brands changed poles to DAC. He has been leading Exped’s efforts in the high-end outdoor segment. 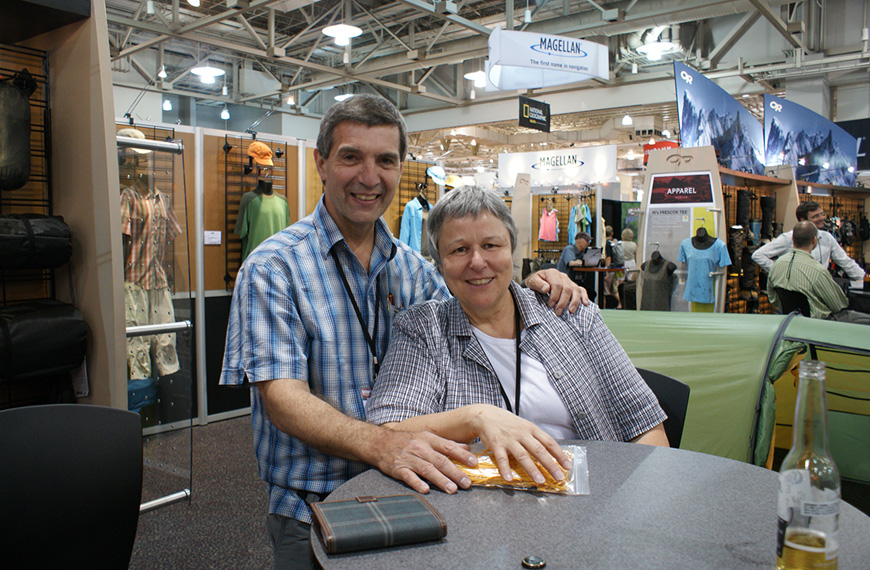 There have been many wonderful, talented people who have driven the evolution of the tent industry.
Many stay out of the limelight but their hard work and dedication help us enjoy the outdoors a little more each day.