Windlap tests are essential for the safety of campers.

Why DAC built its own wind tunnel?

The last step of tent development is testing wind resistance test. Jake used to visit wind tunnel in many different locations with customers to verify if the newly developed tent performs in wind as expected. Problem is however, it is not practically possible to test and compare incremental improvement in the long process of tent development.


One day, he thought ‘Why don’t we have our own wind tunnel so that we can test any time in the process of tent development?’ 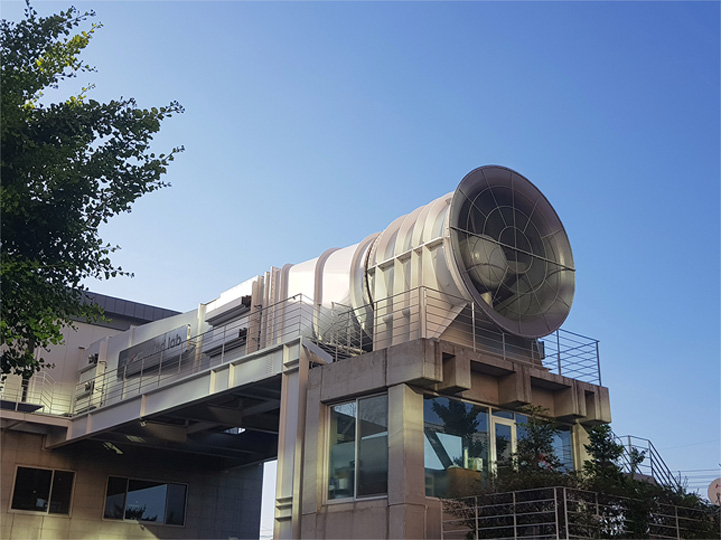 
Why Do We Wind Tunnel Test?

Of the three main weather conditions that tents are built to resist - wind, rain, and snow - wind stands out as being both powerful and unpredictable. Damage can happen in an instant, potentially putting people inside their tents in immediate danger. So, a tent’s wind strength is a crucial performance target that must be decided when developing any tent.


The wind resistance of a tent is affected by many things: frame architecture, pole type and size, fabric, sewing methods, guy lines and set up. And, of course, the exact direction that the wind hits the tent. Making tents stronger in winds is complicated, cost inflating, and goes directly against making the lightest tents possible. It should come as no surprise that three season tents without guy lines can collapse at wind speeds of 5-10 m/sec (11-22mph), while, at the other end of the scale, expedition tents are built to handle winds more than 30 m/sec (66mph). It’s a huge performance spread rep-resenting roughly, a 10-fold factor in strength. 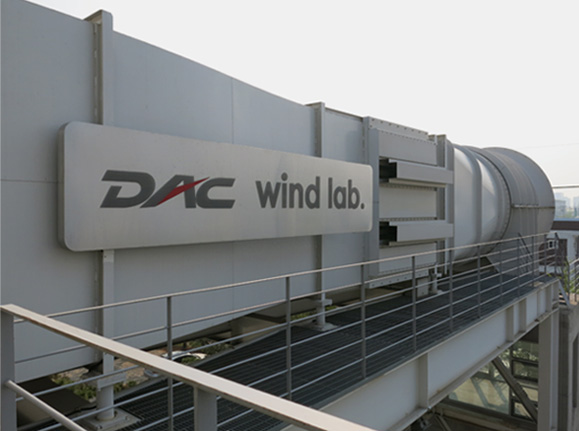 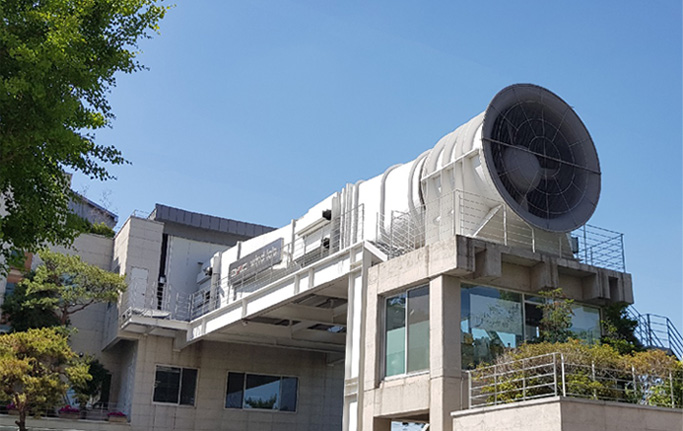 Why DAC built its own wind tunnel?

Is a Wind Tunnel Test Valid or Valuable?


There are limits to what wind tunnel testing can and can’t do. For those who have done a few of these tests,
there's absolutely no doubt that wind tunnels are a powerful investigative tool.
However, as with any good investigation, some skill and work can be necessary to get more answers than questions.


1) Wind tunnel testing can’t provide a simple sound bite like “this tent will survive a -blank- storm.”
Real storms can be chaotic and the winds can be extraordinarily localized.
2) Wind tunnel testing is a great help to designers who want to make stronger tents. There are insights that
wind tunnels offer - quickly and repeatably - that are almost impossible to get with field use.
3) There’s a near-unanimous agreement among testers that wind tunnels are much harder on a tent than
natural winds because they don’t let up.


Simple computer simulations of tent performance have been done, but they’re a rough approximation
without much credibility as a research and test tool. A tent’s aerodynamics change continuously under wind loads
and, as everyone knows, the poles and parts and fabric all move. And as the tent deforms its drag becomes higher –
it’s a big complicated mess.


Without a team of engineers behind such a simulation, there is no confidence that all the components and forces
(internal and external) have been modeled correctly (or been included at all).


Here’s a short list of diabolical details that a computer simulation needs to get right:
- airflow around the fabric and poles
- pressure distribution on the fabric from the air
- fabric shape from air pushing, pole loading, moving and flexing (especially hard for the thinnest walled poles)
- friction between all parts (pole against pole, pole against clips or sleeves, pole against rainfly, etc).


Oh, and rain of course!

DAC established a wind lab for the first time in the world's outdoor industry. 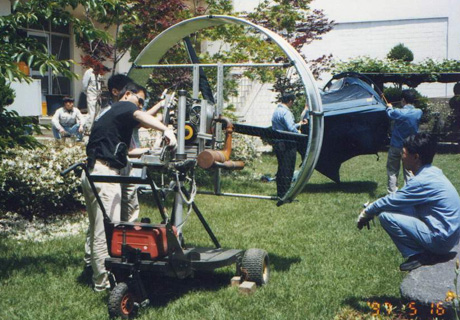 "It was definitely a crazy idea to have our own wind tunnel at DAC factory. It took almost twenty years from the time of our first wind tests until we built the Wind Lab. After creating the DA17 pole in 1991, we started to develop new family camping tents using larger diameter aluminum poles. However, we didn’t have any reference for how strong those tents should be compared to lodge type steel framed tents that were common in those days." 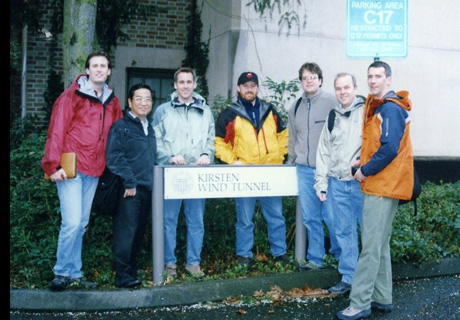 Kirsten and Other Wind Tunnel in USA

In 2000, Jake experienced wind tunnel testing at Kirsten Windtunnel in Seattle. Sally McCoy, president of Sierra Designs showed great interest to one of Jake’s ‘toy’ and named it “Jake’s Corner”. She wanted to test if it really improve wind stability of tents. The result was a huge success

Encouraged by the performance of Jake's Corner, Sally asked Jake if he could develop a tent that would stand up to a 100 mph wind.
Using the concept of Jake's Corner in a little different way, a prototype was built and it survived wind up to the 100 mph goal.
Sierra Designs named the tent 'Hercules' - the strongest and quietest tent ever built.

"It was a huge challenge for me to meet Sally’s goal.
Going into the project, the highest wind speed a geodesic tent could take was 69 miles/hour.
Thanks to the wind tunnel, we learned that Jake’s Foot did,
in fact, allow the Hercules to survive up to 100 mph – and we could prove it!" - Jake Lah

KARI is a government owned institute with a very large and technical wind tunnel capable of wind speeds up to 80m/s (180mph).
In the late 1990s KARI allowed small private companies to use the facility.

Through KARI, DAC was finally able to conduct wind tunnel tests by themselves and collect information that DAC could freely discuss
with any customer. The tunnel itself was huge, 4m wide X 2.4m tall, over twice the width of the Kirsten tunnel.
For the first time, it allowed DAC to test tents oriented broadside to the wind (the weak direction).

From 2002 through 2006, DAC spent 13 full days spread over 5 visits to run more than 200 tent tests.
Many brands sent their tents to be tested, including Vaude, The North Face, Sierra Designs, MSR, REI, Cabela's, Vango and others.
Some even sent representatives.
Unfortunately, however, DAC's testing ended as KARI’s test capacity was filled by government projects.

[KARI, one of the most advanced wind tunnel located in Korea]


"We learned so much through our wind tests at KARI. Quite often, we were surprised by our discoveries.
We learned how to ‘work with’ wind instead of ‘fighting against’ the wind and eventually developed the ‘airlift’ vent." - Jake Lah 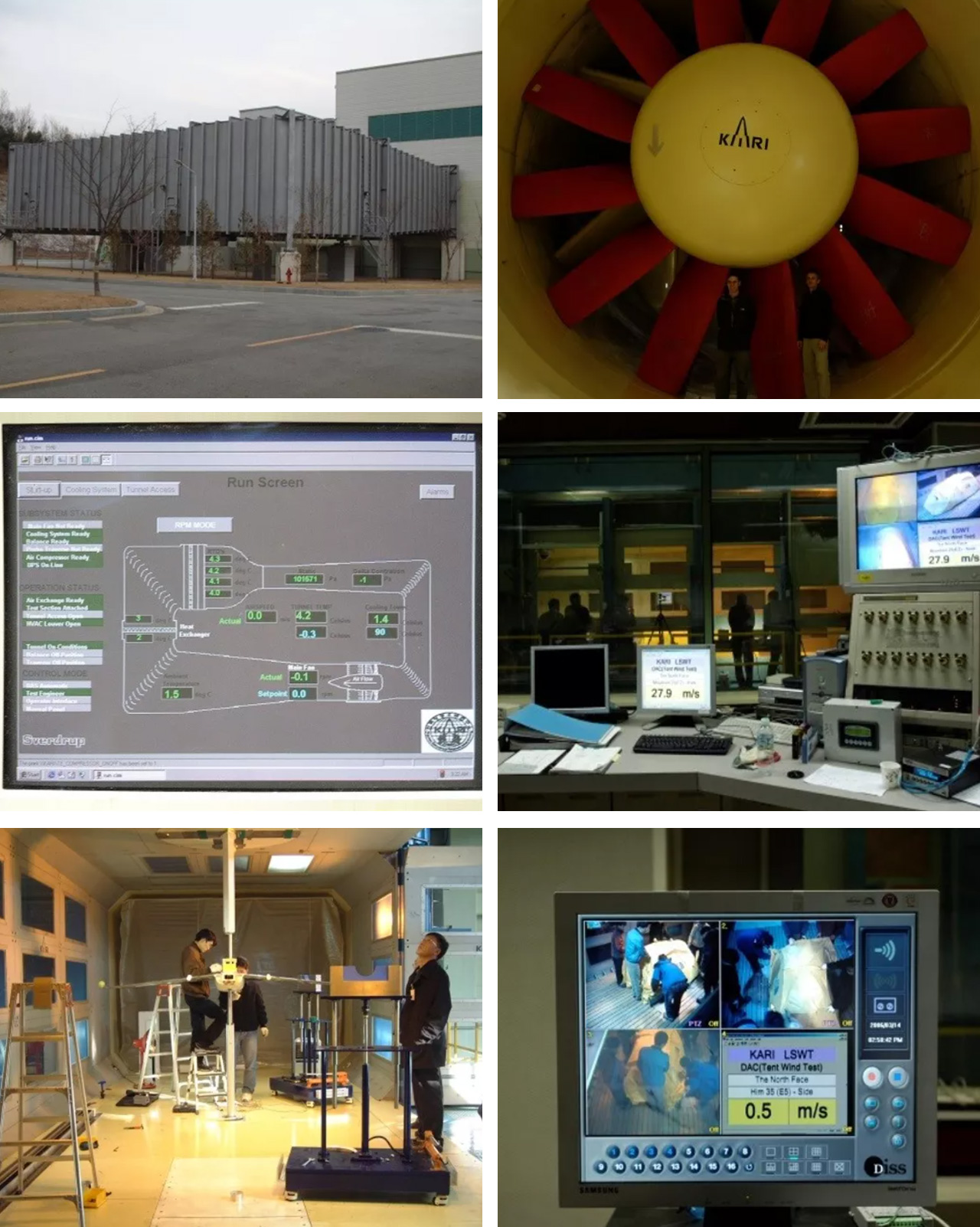 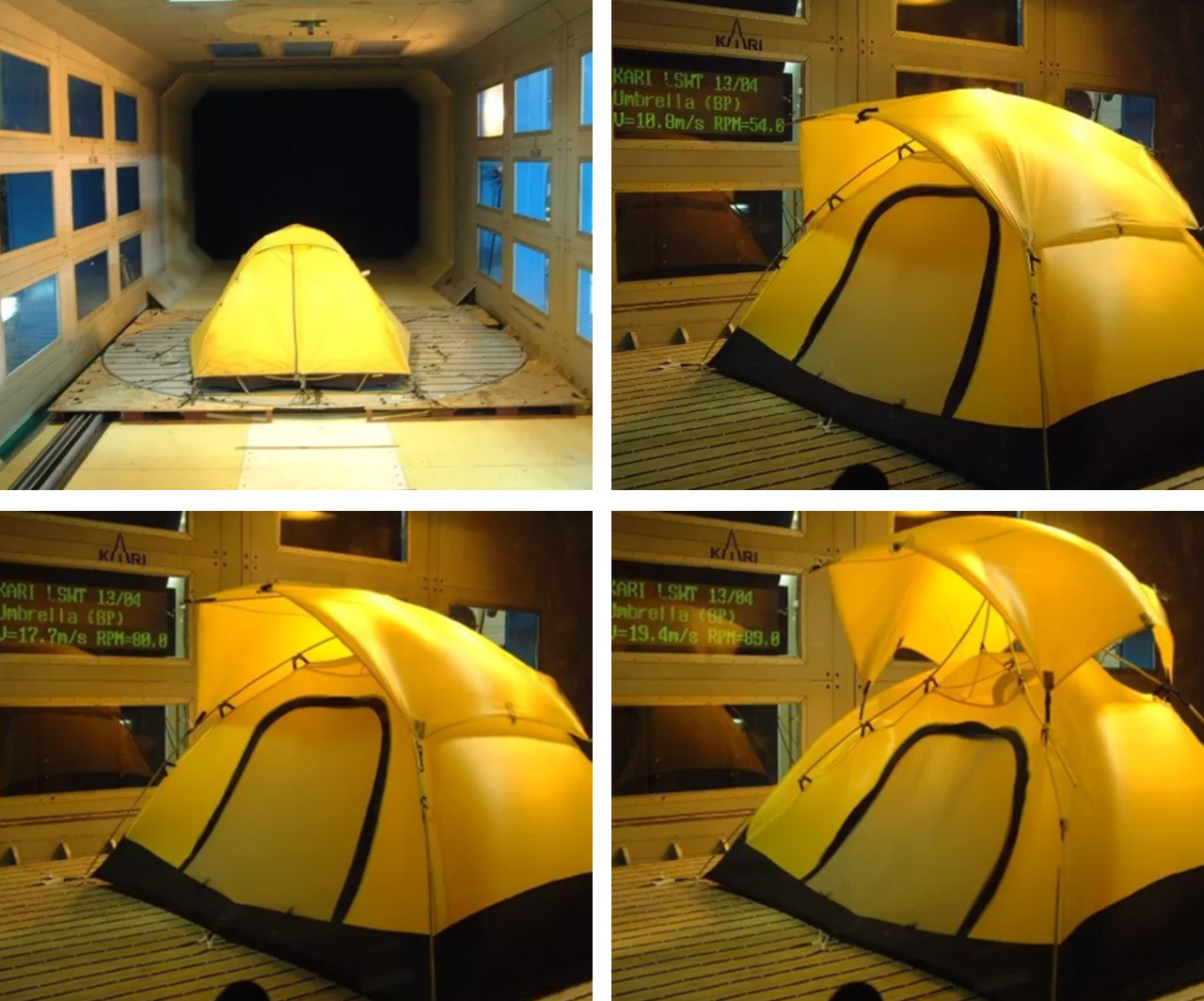 After discovering how strong the lifting forces can be from a wind, Jake tried a ‘concept' tent called the Spectrum.
It withstood winds of over 130 mph (58 meter/sec) and when it failed, the entire tent ripped off the floor and flew away instead of collapsing. 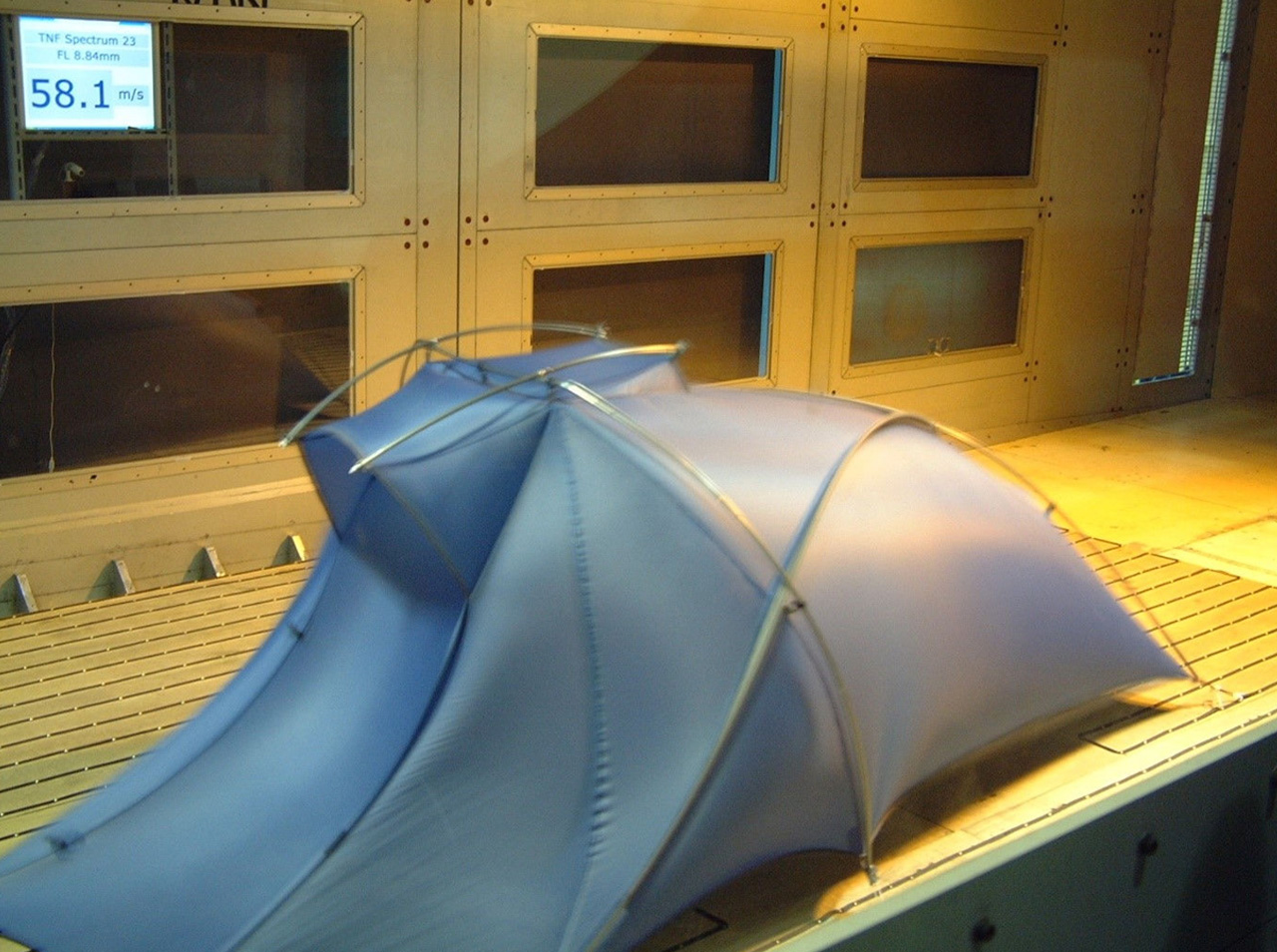 It was clear right from the first wind tests with a small fan, that wind tunnel testing was an important tool for tent development.
That idea has been reinforced countless times with further testing.
But, renting a wind tunnel early enough in the development process to actually change a design based on the results,
was extremely difficult. Not only was it expensive, it was wickedly hard to schedule the various groups of people,
travel arrangements, and, of course, the wind tunnel itself, so far in advance.
Far from being a delightful and educational tool, wind tunnel testing was a burden.

Jake had a crazy idea: “Let’s make our own wind tunnel.” And so Jake had a wind tunnel built ON TOP of his tent pole factory where it could be used easily and routinely. It’s the first wind tunnel in the tent industry and, as you would guess, it’s specifically designed for testing tents and to avoid problems that plague tests in other tunnels: 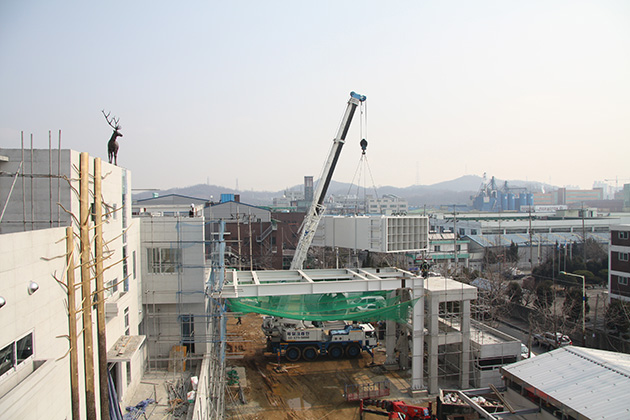 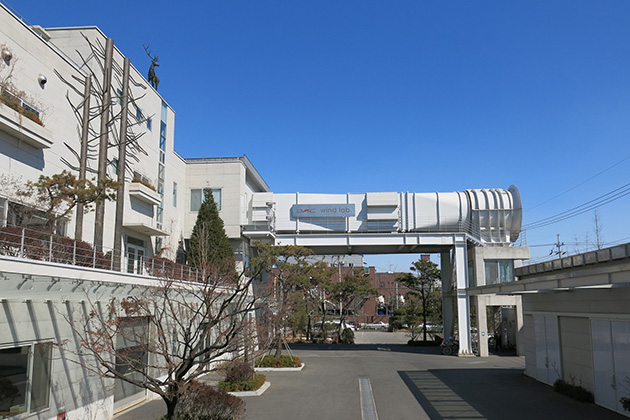 
Different from most wind tunnels, the DAC Wind Lab’s nozzle allows for a targeted flow of wind. This allows testers to get closer to tent for greater analysis while in the testing process. 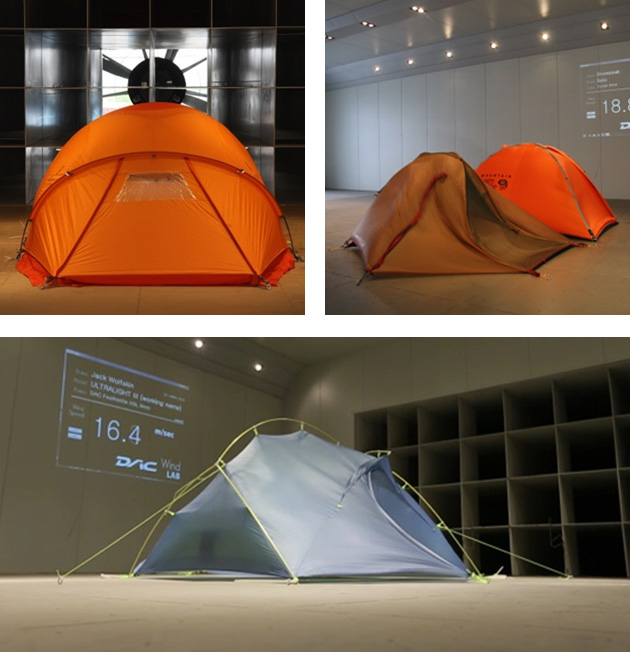 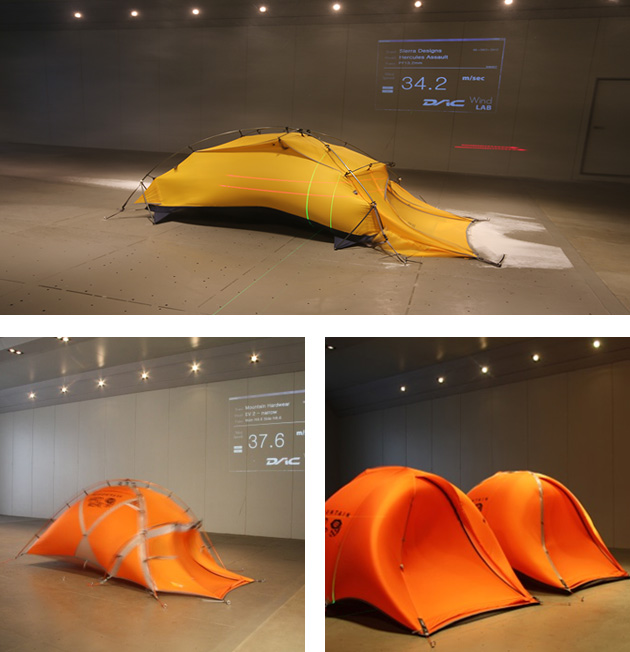 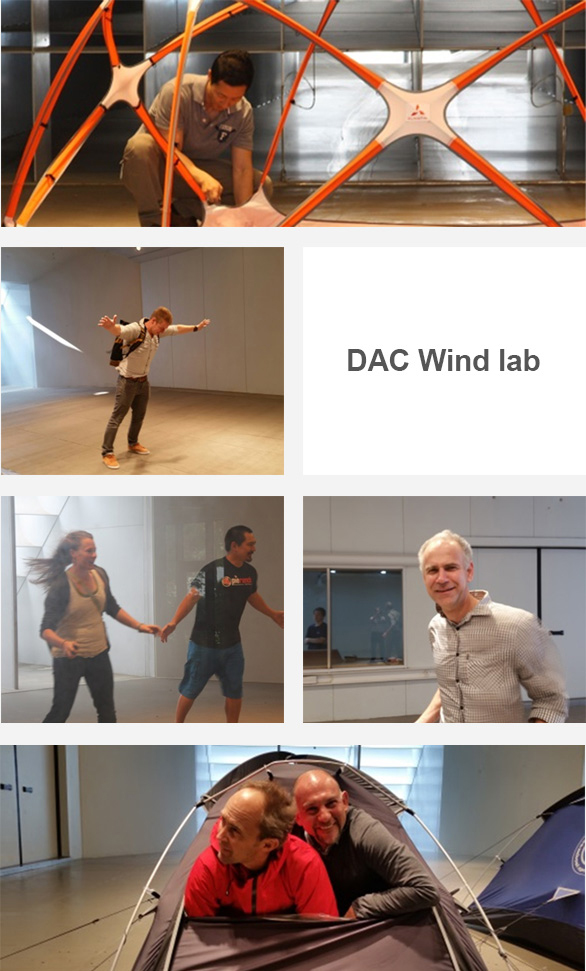 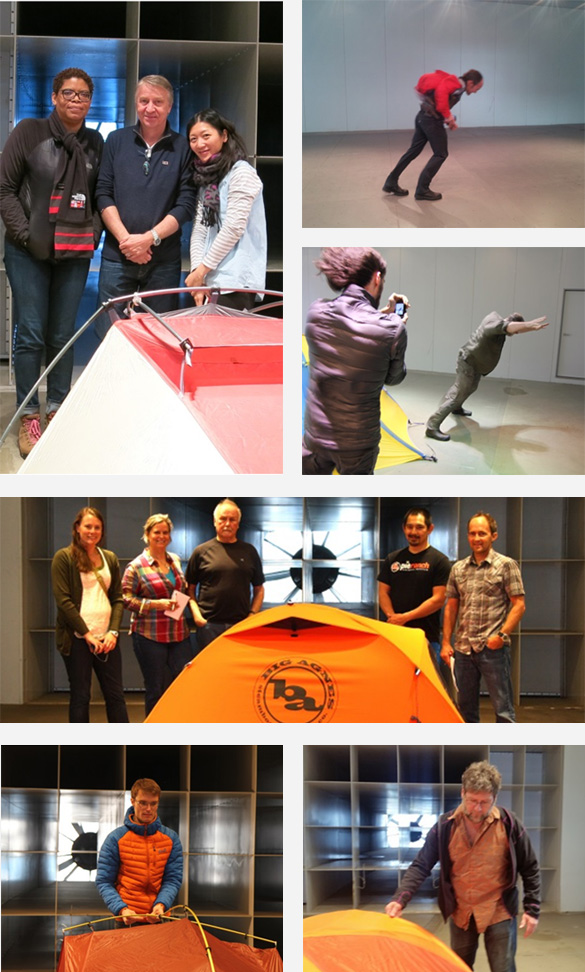